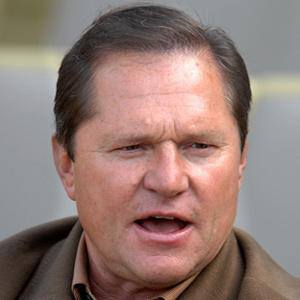 Sports agent who represented many of the best baseball players in the world. He was known for being a brutally tough negotiator with team owners.

He never made it to the major leagues, but played four years in the minor league system with the St. Louis Cardinals and Chicago Cubs.

He negotiated the $275 million contract for Alex Rodriguez that broke the record for being the most lucrative contract in baseball history.

He met his wife Jeanette at the John Wayne Airport in 1982.

He searched for talented players such as Stephen Strasburg, whom he signed.

Scott Boras Is A Member Of