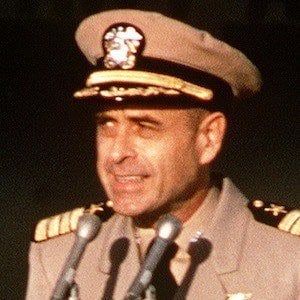 United States Rear Admiral and Republican politician who served Alabama as a United States Senator from 1981 to 1987.

He spent almost eight years as a Prisoner of War in North Vietnam during the Vietnam War. In a televised press conference (that he later said he was forced to do by his North Vietnamese captors) he repeatedly spelled "T-O-R-T-U-R-E" by blinking his eyes in Morse Code.

Like John McCain he was a prisoner of war who later became a Republican senator.

Jeremiah Denton Is A Member Of