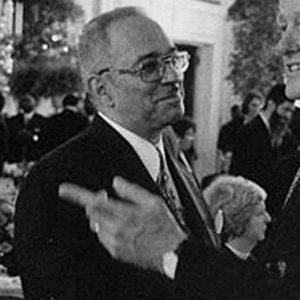 Pastor Emeritus of Trinity United Church of Christ in Chicago, which has over 6000 congregants, who became a divisive figure during the 2008 US presidential elections.

He attended Howard University where he studied English and the University of Chicago Divinity School.

His beliefs and preaching were scrutinized when segments of his sermons were publicized in connection with the presidential campaign of Barack Obama in 2008 because he had officiated the wedding of the presidential candidate and his wife.

He has five children with his wife Ramah Reed Wright.

He has been interviewed by Bill Moyers.

Jeremiah Wright Is A Member Of