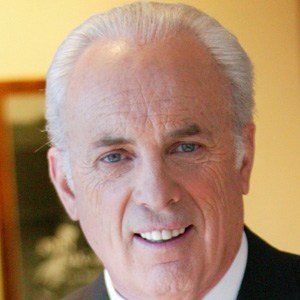 American Evangelical Christian pastor who is best known for his internationally-syndicated radio program Grace to You.

He obtained his Master's of Divinity from Biola University's Talbot Theological Seminary in La Mirada, California, in the early 60's.

His book, the MacArthur Study Bible, sold more than 1 million copies and received a Gold Medallion Book Award in 1997.

He is critical of the teachings of Billy Graham because he claims they teach an unbiblical view of salvation.

John F. MacArthur Is A Member Of