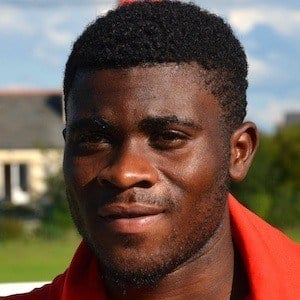 French midfielder who came up through Chelsea's youth system. He was loaned to Ligue 1's Stade Rennais for the 2015-2016 season, appearing in 31 games with the club.

He started playing for ASPTT Marseille before joining Chelsea in 2009. He earned a spot on the first team roster at the end of the 2014-2015 season, but did not play.

He's played for France's U16 and U19 international teams.

After spending most of his youth in France, he and his family moved to London in 2008.

He and Yoann Gourcuff played together on Stade Rennais.

Jeremie Boga Is A Member Of