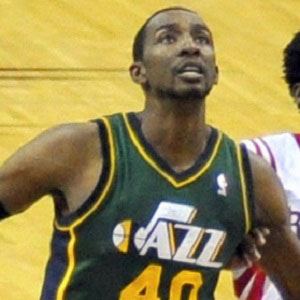 6'9" forward who became the all-time leading shot-blocker in Western Kentucky Hilltopper history before being drafted by the Utah Jazz in the second round of the 2010 NBA Draft. He was crowned the NBA Slam Dunk Contest champion in 2012.

He grew up in Crossett, Arkansas and attended Crossett High School before joining the Hilltoppers in 2006.

In the 2013 NBA Slam Dunk Contest, he dunked over a painting of himself dunking, which he had painted himself.

He married a woman named Korrie. He has a younger brother named Justin.

He dunked over Jazz teammate Gordon Hayward at the 2012 NBA Slam Dunk Contest.

Jeremy Evans Is A Member Of