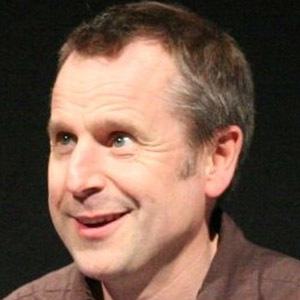 English comedian who is known for his appearances on television including the shows News Quiz and I'm Sorry I Haven't A Clue. He is also known for his films and is recognized for his leading role in Jeremy Hardy vs. The Israeli Army in 2003 and How to Be in 2008.

He studied Modern History and Politics at the University of Southampton and started his career in stand-up in the 1980's. He started gaining attention as the boom operator on the comedy show Now- Something Else on BBC 2. He gained further attention writing for the Guardian until 2001.

He is known for having won the Perrier Comedy Award at the Edinburgh Fringe Festival in 1988.

He was born and raised in Aldershot, Hampshire, England and married Katie Barlow. Together they have a child.

He was known for his socialism and performed at the Labour Party and was considered a close friend of politician Jeremy Corbyn.

Jeremy Hardy Is A Member Of