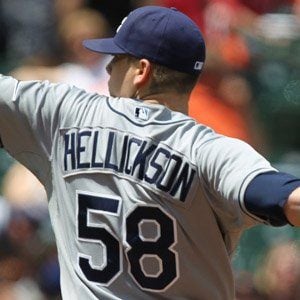 MLB pitcher who was named Rookie of the Year after his 2011 season with the Tampa Bay Rays. He won a Gold Glove award the following year.

He was originally drafted by the Rays in 2005 and was named the Minor League Player of the Year in 2010.

He was given the nickname "Hellboy" by the Tampa Bay media.

His mother's name is Leanne.

He was the opposing pitcher on the day Seattle Mariners pitcher Felix Hernandez threw a perfect game in 2012.

Jeremy Hellickson Is A Member Of