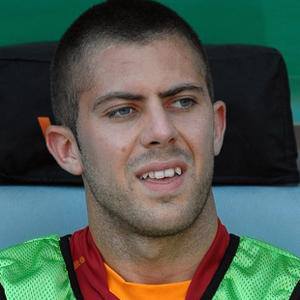 Ambidextrous winger who won his first Ligue 1 title with Paris Saint-Germain in 2013.

He made his youth soccer debut with CA Vitry at age 7.

He made his senior debut for France's national team in 2010, after playing at the U16-U21 level.

He was in a relationship with model Emilie Nefnaf.

He became teammates with Olivier Giroud on France's national team in 2010.

Jérémy Ménez Is A Member Of