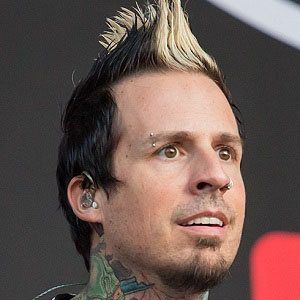 Drummer of the heavy metal band Five Finger Death Punch. The group released their debut album, The Way of the Fist, in 2007 and have had hit singles with such tracks as "Under and Over It" and "Bad Company."

His father, Gary Heyde, was a country music songwriter and his mother, Glory Heyde, was an actress. He has a sister named Natalie.

Jeremy Spencer Is A Member Of