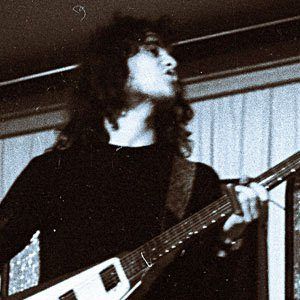 British musician who is best known for playing the guitar for the original members of the band Fleetwood Mac, the group known for songs like "Landslide."

He went to Strand School in England and was remembered for doing impressions of the school staff.

He was inducted in the Rock and Roll Hall of Fame in 1998.

He was born in Hartlepool, United Kingdom.

He was in Fleetwood Mac with drummer Mick Fleetwood.

Jeremy Spencer Is A Member Of