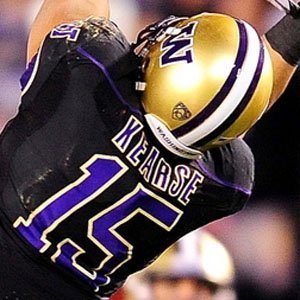 Wide receiver who made his NFL debut in 2012 for the Seattle Seahawks and helped them win Super Bowl XLVIII in 2014. In 2017, he joined the New York Jets.

He had a successful career at the University of Washington, where he was a two-time second-team All-Pac 10 selection.

He finished his college career in the top 3 in receptions, receiving yards, and receiving touchdowns in Washington Huskies history.

He was born to David and Angelika Kearse and married Marisa Ventura in 2015.

He caught his first NFL touchdown pass from Russell Wilson.

Jermaine Kearse Is A Member Of