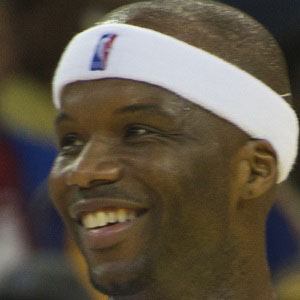 NBA power forward and 6-time All-Star who was named Most Improved Player as a member of the Indiana Pacers in 2002.

He was drafted by the Portland Trail Blazers in 1996, but didn't see actual NBA action until he played for the Indiana Pacers in 2000.

He was involved with the infamous 'Brawl at the Palace' when his Pacers got into a fight with Detroit Pistons fans.

His mother, Angela Ocean, raised Jermaine and his brother as a single parent. He has a son named Jermaine Jr. and a daughter named Asjia.

He played for the Boston Celtics in the 2010-2011 season, which was the same team one of his heroes, Bill Russell, played for.

Jermaine O'Neal Is A Member Of