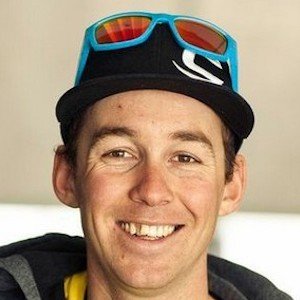 French professional mountain biker who is known for having earned sponsorship from several major brands including Michelin, Sram, and Alpine Stars. He is known for having won several major events in the cycling community including theNew Zealand Enduro race in 2018, The Mountain of Hell competition in 2016, and the Andes Pacifico in Chile in 2014.

He first began riding professionally in 1996. He won the National Trophy of Mountain Biking with the Alsace team in both 1997 and 1998. He earned further recognition in 2008 when he won the French Enduro Series.

He is also known for having earned his license in Training and Physical Education from Marc Bloch University of Strasbourg.

He was born and raised in Mulhouse, France and married Pauline Dieffenthaler.

Jerome Clementz Is A Member Of