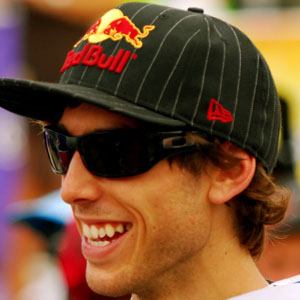 English mountain biker who specializes in downhill and four cross mountain biking. He is a multiple-time winner of events like the UCI Mountain Bike Trials World Championships.

He was born in Salisbury, England and first competed in the British National Mountain Biking Championships in 2010.

He has starred in a web series about his life called The Atherton Project.

He has competed alongside his brother, Dan, and his sister, Rachel, on the Animal Commencal racing team.

He and Josh Bryceland are both famous British mountain bikers.

Gee Atherton Is A Member Of