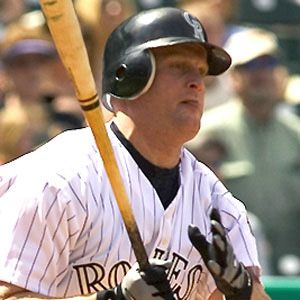 MLB outfielder who slugged 315 home runs during his 14-year career.

He played college baseball at Oklahoma State University before being drafted by the New York Mets.

He was one of most popular players for the Milwaukee Brewers during his six years there.

He had two daughters and a son with his wife Kristyn.

He was teammates with All-Star left fielder Ryan Braun.

Jeromy Burnitz Is A Member Of