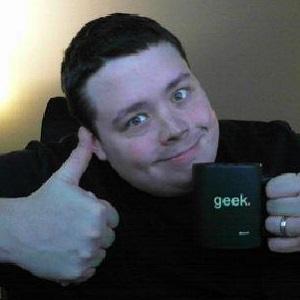 Technology guru and self-proclaimed professional nerd who gained a following on his Barnacules Nerdgasm YouTube channel after posting a video showcasing his computer room he calls the Nerd Cave. He worked as a senior software developer at Microsoft.

He started working with computers when he was just 7 years old. He became an expert level system builder, master of Linux, BSD & Microsoft operating systems, software developer, and could type over 120 words per minute, but found himself working at Sears before a computer store called Mothersboard Computers opened.

After some years of creating his Nerd Cave, he went overboard and wound up with a computer system that cost over $10,000.

He married his high school sweetheart and has a son named Xander.

He and Ty Moss are both tech gurus on YouTube. He is also affiliated with Chris Pirillo and Linus Sebastian.

Jerry Berg Is A Member Of