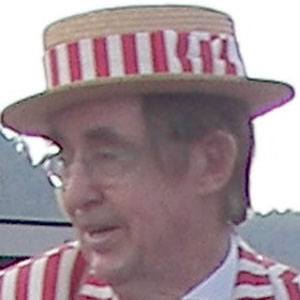 He began his candy-cane-colored character in 1961, and appeared live at 7:30 a.m. for one hour every weekday morning.

After national demographics changed, his show was replaced in 1970, but in 1975, as the FCC mandated more educational children's programming, he was retooled and brought back, to be syndicated to over 100 markets nationwide.

He was born in Dallas, Texas and his daughter, was the lead singer of the band Butthole Surfers.

He and his program director happened to be eating lunch a minute away from where President John F. Kennedy was assassinated in his motorcade and the men quickly raced to the scene to interview eyewitnesses.

Jerry Haynes Is A Member Of