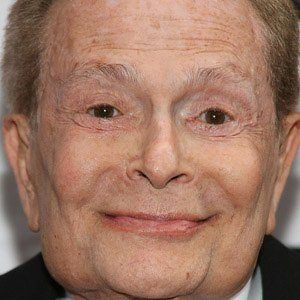 Lyricist and musician who composed the music for "Hello, Dolly!," "Mame," and "La Cage aux Folles," all smash hit Broadway musicals. He was given the Tony Award for Lifetime Achievement in the Theatre in 2009 and received the Kennedy Center Honors in 2010.

He attended the University of Miami, where he composed his first musical called "Sketchbook" to great acclaim and popular demand.

His musicals "Dear World," "Mack & Mabel," and "The Grand Tour" weren't commercially successful, but were still highly regarded for their concepts and techniques.

He was born to Harry and Ruth Herman. His father was a gym teacher and his mother was a performer and English teacher.

His song from "Mame," "We Need a Little Christmas," became a perennial holiday favorite. It was originally sung by Angela Lansbury.

Jerry Herman Is A Member Of