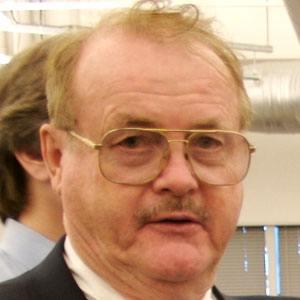 An essayist, journalist and science fiction writer, he created the popular John Christian Falkenberg novel series. Many of his works, including Janissaries (1979) and Men of War (1993), contain military themes.

He earned a Ph.D. in Political Science from the University of Washington and subsequently worked in city politics in Los Angeles, California. He published his first non-fiction work, Stability and National Security, in 1968.

He formulates several "laws" in his books, including a law about workers in a bureaucracy.

He grew up in Shreveport, Louisiana. In his early adulthood, he joined the U.S. Army and fought in the Korean War.

Jerry Pournelle Is A Member Of