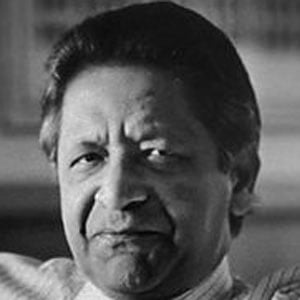 Nobel Prize-winning author who has published more than 30 books throughout the course of 50 years including The Mystic Masseur in 1957 and A Turn in the South in 1989.

He went to Queen's Royal College and won a Trinidad Government scholarship to study abroad when he was 17 years old.

He was offered a Writer-in-Residence fellowship at Makerere University in Kampala, Uganda and started writing there in 1966.

Author Joan Didion wrote about his work in The New York Review of Books.

VS Naipaul Is A Member Of

Born In 1932
Novelists
Born in Trinidad And Tobago
Leos