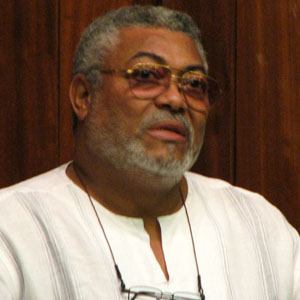 Ghanaian leader who served as the first President of the Fourth Republic of Ghana from 1993 to 2001. He first came to power as the Head of State in 1981 after leading a successful coup d'état in May of 1979.

He was an army pilot and was sentenced to death for plotting a coup on the government of General Fred Akuffo but was spring from custody by a group of soldiers before he could be executed.

He became the African Union Envoy to Somalia in 2010.

He married Nana Konadu Agyeman, with whom he had one son and three daughters.

He and Kwame Nkrumah both held the office of Ghanaian President.

Jerry Rawlings Is A Member Of