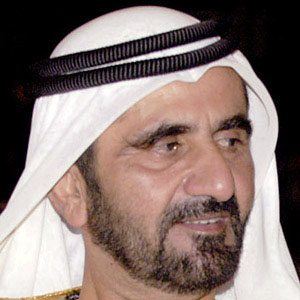 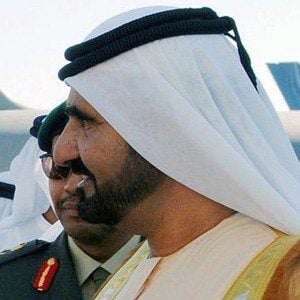 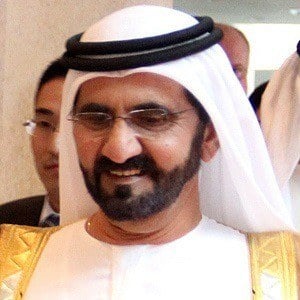 Both a ruler in Dubai's Constitutional Monarchy and the Prime Minister of the United Arab Emirates, he also served as UAE Defense Minister. He was responsible for such Dubai development initiatives as the Burj Al Arab hotel and the Burj Khalifa skyscraper.

In his younger years, he attended a British English language school established by the Bell Educational Trust.

He became famous as a breeder and racer of thoroughbred horses; he also became the owner of one of the world's largest yachts.

He was one of four sons born to United Arab Emirates Prime Minister Rashid bin Sa'ed Al Maktoum. His several simultaneous marriages produced more than twenty children. His son Hamdan bin Mohammed was named Crown Prince of Dubai in 2008. One of his other sons is Mansour bin Mohammed bin Rashid Al Maktoum.

His junior wife, Haya Bint Hussein, was one of eleven children born to King Hussein of Jordan.

Mohammed bin Rashid Al Maktoum Is A Member Of