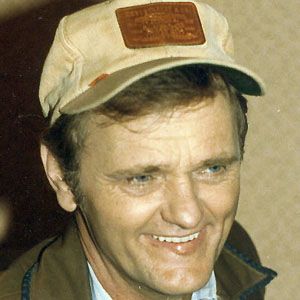 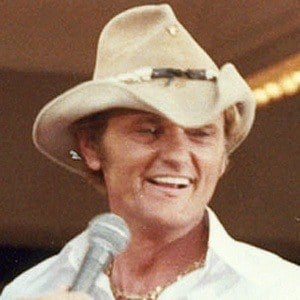 Country singer with such chart-topping hits as Yes Mr. Peters. He also appeared in more than a dozen films.

He released his first record, If the Good Lord's Willing and the Creek Don't Rise, at age 18.

He wrote East Bound and Down, which was used as the theme song for the 1977 hit film Smokey and the Bandit in which he also starred.

His parents divorced when he was young. He and his sister spent most of the next seven years in foster care and orphanages. He was married to Priscilla Mitchell from 1959 until 2008.

He was the guitarist on Elvis Presley 's cover of Guitar Man, a song he had written.

Jerry Reed Is A Member Of

The Waterboy
Smokey and the Bandit
Born In 1937
Country Singers