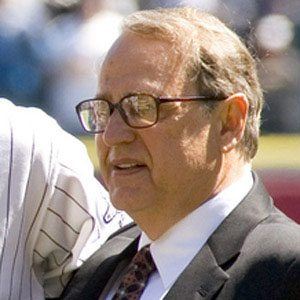 Lawyer who used real estate fortune to became the owner of the Chicago Bulls and White Sox.

He earned his law degree from Northwestern University School of Law in 1960.

He played a key role in the Chicago Bulls six NBA titles during the 1990s.

He got married to Martyl F. Rifkin on December 29, 1956; the couple has four children: David, Susan< Michael and Jonathan.

He bought the Chicago Bulls one season after Michael Jordan was drafted to the team.

Jerry Reinsdorf Is A Member Of