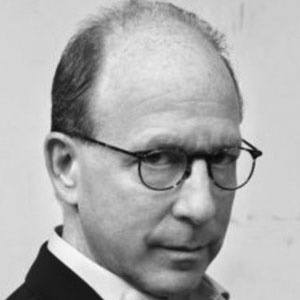 An American art critic and New York Magazine columnist, he also served as a judge for the Bravo series, Work of Art: The Next Great Artist. He was a three-time nominee for the Pulitzer Prize in Criticism.

He grew up in Oak Park, Illinois. He published his best-known work, Seeing Out Loud: The Village Voice Art Columns, in 2003.

An active Facebook user, he frequently used the social networking site to engage with artists, museum-goers, and critics.

His wife, Roberta Smith, served as an art critic for The New York Times.

His humorous, irreverent persona earned him a comparison to Rodney Dangerfield.

Jerry Saltz Is A Member Of