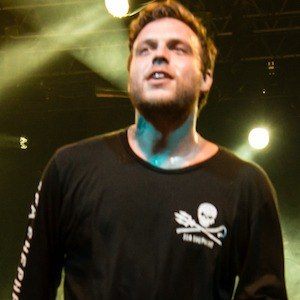 Metal singer and guitarist best known as the frontman of California punk band Stick to Your Guns. The band released it's debut album in 2005 titled For What It's Worth. He's also a member of the band Trade Wind.

He formed the band with Casey Lagos and the two began composing music together. By 2004, they had released their debut EP Compassion without Compromise.

The Stick to Your Guns album Diamond scored the band a spot on the 2013 Vans Warped Tour.

He is native to Orange County, California.

Jesse Barnett Is A Member Of