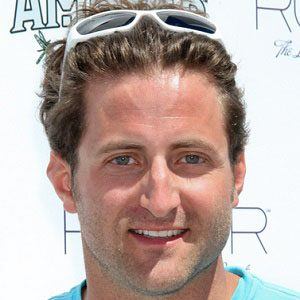 Former professional snowboarder who won the fourth season of the ABC reality show The Bachelorette in 2008. He is also a notable entrepreneur, having founded the JSAK Snowboarding and Colorado Home Check organizations, among others.

He was a prodigious athlete as a child, excelling in a variety of sports including soccer, baseball, football, track and karate.

In 2008, he worked with America's Most Wanted to help solve the murder of snowboarder Ben Bradley.

He married former The Bachelor contestant Ann Lueders in August 2010. He has children named Noah and Charlotte with Leuders.

He and Josh Murray are both winners of The Bachelorette.

Jesse Csincsak Is A Member Of