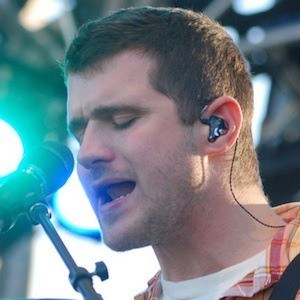 Singer of the alternative rock band Brand New, the group known for songs like "The Quiet Things That No One Ever Knows" and "Seventy Times 7." He and Brand New have been playing together since 2001.

He was influenced by The Smiths and Neutral Milk Hotel while he was growing up.

He released the album Deja Entendu in 2003 with Brand New.

He grew up in Long Island with seven siblings. He married Andrea King and they welcomed a daughter named Bowie in 2016.

He used to be in Taking Back Sunday with Fred Mascherino.

Jesse Lacey Is A Member Of