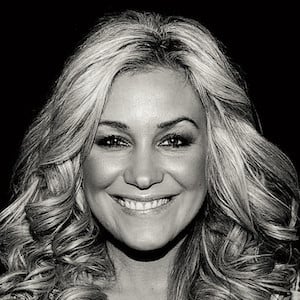 First became known as a member of the musical duo Fame which represented Sweden in the 2003 Eurovision Song Contest. After the group broke up, she embarked on a solo career in 2006 and has since released several hit solo albums.

She began her career competing on Fame Factory where she met her Fame partner Magnus Bäcklund. They began making music together in 2002 and would continue until disbanding in 2006.

In 2011, she was crowned the winner of the competition series Let's Dance. That same year, she also released a bestselling biography.

She was married to Richard Andersson from 1994 until 1996. She had one son, Liam, with ex-boyfriend Jonas Erixon in 2002. She began a relationship with Johan Malm in 2017.

In the 2003 Eurovision Song Contest, Fame was beaten out by Turkey's single "Everyway That I Can" performed by Sertab Erener.

Jessica Andersson Is A Member Of