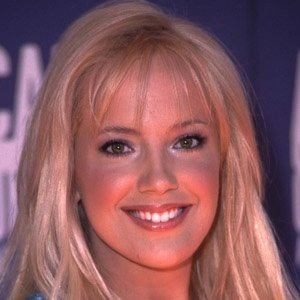 Country singer who released her debut album, Heart Shaped World, in 1999 and whose song "Who I Am" was a #1 hit.

She started singing professionally when she was fifteen years old.

She released a greatest hits album in 2010.

She married fellow country singer Marcel. She has a sister named Kellie.

She sang a duet with Bret Michaels called "All I Ever Needed."

Jessica Andrews Is A Member Of