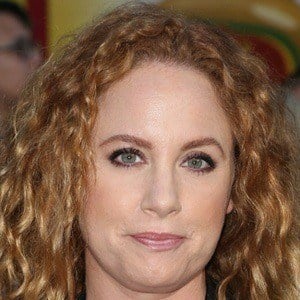 Actress and comedian who became well known for portraying Ronna in the comedy duo Ronna and Beverly. She has been featured in major motion pictures such as The Heat, Spy and Ghostbusters. She was featured in all four seasons of Zoey 101 in the role of Coco Wexler and later starred in the sitcom Man with a Plan.

She worked in the art department on the set of Good Will Hunting.

She worked alongside Amy Poehler as a writer and voice actor for The Mighty B!

Her mother's background is Scottish and English. She was raised Jewish.

She and Jamie Denbo form the duo Ronna and Beverly.

Jessica Chaffin Is A Member Of