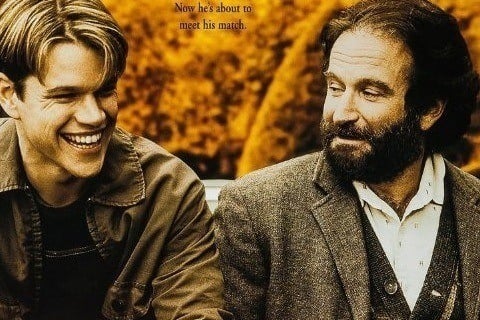 Matt Damon plays a genius named Will Hunting who instead of pursuing his talent, is stuck as a janitor in his hometown. Ultimately he meets a psychologist played by Robin Williams who helps him to follow his passion.

The movie won the Oscar for Best Original Screenplay. Matt Damon and Ben Affleck excepted the award with a memorable speech in which they thanked Harvey Weinstein for making the movie.