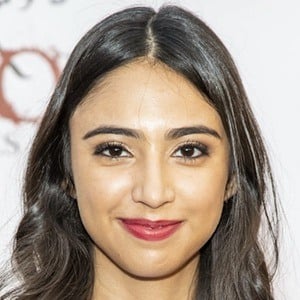 Actress who is known for appearing in a range of different television programs and feature films as well. She is best recognized for her recurring role as the character Penelope in The Purge television series and for playing Anabel Ortiz in the 2017 and 2018 television series Six.

She first began her acting career in 2011 when she played the character Jo in the short film The Coconut Syndrome. She made her feature film debut in 2014 in On Angel's Wings and went on to make her television debut in 2015 on an episode of NCIS.

She has been interviewed and profiled in several different press outlets including Black Girl Nerds, Collider, and Deadline.

Her brother Michael Garza is also an actor.

She starred alongside Gabriel Chavarria and Lee Tergesen in the 2018 series The Purge.

Jessica Garza Is A Member Of