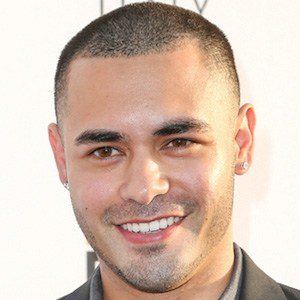 Actor known for his roles as Jacob Aguilar on East Los High and Juan on Aquarius. He was also cast in the 2017 movie War for the Planet of the Apes.

He made his debut as Tito in the 2007 movie Freedom Writers, having tried out for the role after stumbling upon the audition while at a park.

He was a promising athlete growing up, having been part of the Olympic Development Program and a reserve member of a Honduran soccer team.

He was born to Honduran immigrants and he grew up in California.

He and Danielle Vega starred together on East Los High.