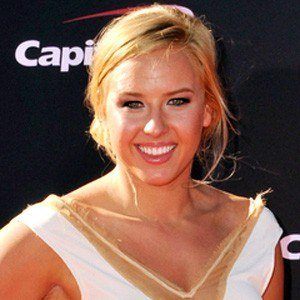 She had her legs amputated when she was 18-months old, but was an avid athlete in many sports, from swimming, to rock climbing, to gymnastics.

She has set more than 10 world records in her career.

She was adopted at 13-months old.

Jessica Long Is A Member Of