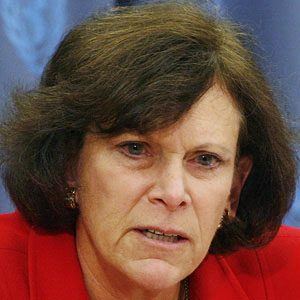 Journalist who served on the editorial board of the Washington Post from 1980 to 1982. She was also the vice president and director of research of the World Resources Institute.

She went to Radcliffe College and got her doctorate from Cal Tech.

She was an invitee of the Bilderberg Group in June 2010.

She married General Charles G. Boyd who was formerly in the Air Force.

Jessica Mathews Is A Member Of