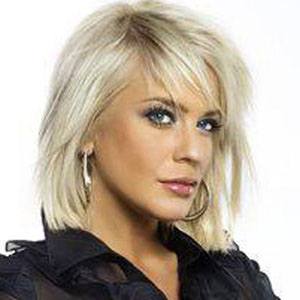 American entrepreneur, broadcast journalist, and reality television personality. She founded a handbag design company called GRACESHIP, worked as a reporter for ABC and CBS affiliates, and in 2009, appeared on Southern Belles: Louisville.

She graduated from the University of Kentucky with a degree in broadcast journalism.

She began her journalism career as an intern at a Kentucky-based TV station.

She and actor Chad Broskey both grew up in Louisville, Kentucky during the 1980s and 1990s.

Emily Gimmel Is A Member Of