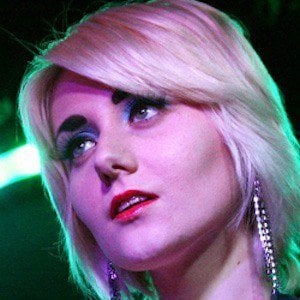 Singer and songwriter who rose to fame with the help of The Black Keys' Dan Auerbach. After he helped to produce her debut album With Blasphemy So Heartfelt in 2008, she has amassed a significant following with her melancholic tone and lyrics.

She recorded her first album at the age of fifteen in her brothers bedroom. She printed 100 copies, one of which ended up in the hands of Black Keys guitarist Dan Auerbach. They were later introduced and together began working on her debut album.

Her 2014 album Make My Head Sing featured a new grunge-like sound free of the influence of the Black Keys.

She began performing with her family bluegrass band at the age of eight, touring with them around the United States. After her brother David taught her to play guitar at eleven, she began writing her own songs. She married Jesse Newport.

In 2015, she and Seth Avett of the Avett Brothers released an album of Elliott Smith covers.

Jessica Lea Mayfield Is A Member Of