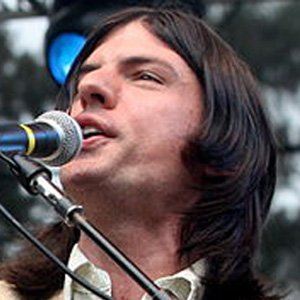 Indie folk singer who fronts the band The Avett Brothers and who plays drums, piano, and guitar. His second album with the band, The Second Gleam, charted at #10.

He performed with his first band, Margo, before forming The Avett Brothers.

He helped the Avett Brothers earn a top five U.S. album in 2012 with The Carpenter.

He has two siblings, Bonnie and Scott, who is one of his bandmates. He married Susan Avett in 2008 but they divorced in 2013. He began dating actress Jennifer Carpenter in 2013 and they married in 2016. The couple welcomed their first child, a son, in May of 2015.

His band partnered with Randy Travis in a 2012 episode of the CMT series Crossroads.

Seth Avett Is A Member Of