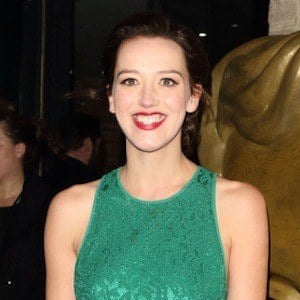 British actress who is known for her appearances in both television and film. She is most recognized for her performance in the 2011 ITV drama Doc Martin.

She graduated from the University of Birmingham and began writing sketch comedy. In 2009, she first began acting when she appeared on The Armstrong and Miller Show. She then appeared in the television series Fast and Loose where she gained a larger following and interest.

She has won several awards for her acting including the BAFTA Award for British Actress for her role as Mary, Queen of Scots in Horrible Histories.

She was born and raised in Sheffield, Yorkshire, England.

In 2013, she appeared in a Sky TV advertisement alongside Bruce Willis.

Jessica Ransom Is A Member Of