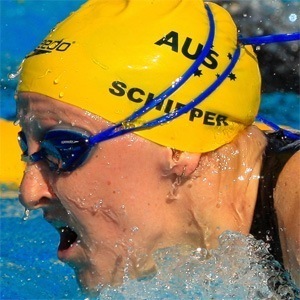 She attended Pine Rivers State High School, where she made a name for herself as a dominant swimmer.

She has won numerous World Championships, and has held the short and long course 200 meter butterfly world record.

She was born in Brisbane, Queensland, Australia.

Jessicah Schipper Is A Member Of