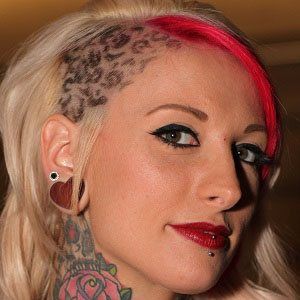 Adult film actress who was AVN Award nominated in back-to-back-to-back years in the category of Unsung Starlet of the Year.

She first entered the industry in 2007 after applying to the company Burning Angel.

She sustained major injuries, including a fractured neck, after she was involved in a car crash as the passenger of the vehicle.

She was born in Buffalo, New York.

She and James Deen performed in a movie together.

Jessie Lee Is A Member Of