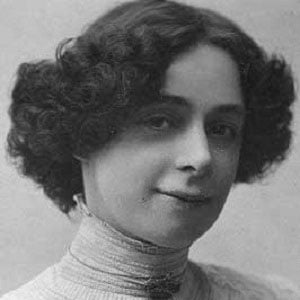 New York woman most famous for being the wife and assistant of legendary escape artist Harry Houdini. Following her husband's unexpcted death in October 1926, she dedicated her life to preserving his memory.

She sang and danced in a group called The Floral Sisters.

She played herself in the 1938 film "Religious Racketeers," directed by Frank O'Conner.

She was born Wilhelmina Beatrice Rahner. Her father, Gebhard, was a cabinet maker.

She married Harry Houdini in June 1894 and remained married to him until his death.

Bess Houdini Is A Member Of