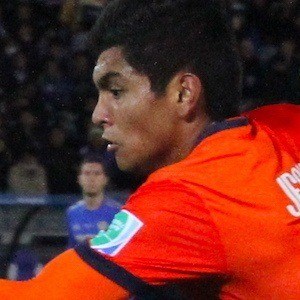 Soccer winger who is known for his time with the Mexican national team and the Portuguese club Porto. He signed a 4-year, 10.5 million Euro contact with Porto in August 2015.

He began his career with Monterrey in their junior system, where he played between 2008 and 2011. He subsequently made his senior team debut with the club in August 2010 at age 17.

He is married to Gabriela García.

He has played alongside Carlos Vela as a member of the Mexican national soccer team.

Jesús Corona Is A Member Of