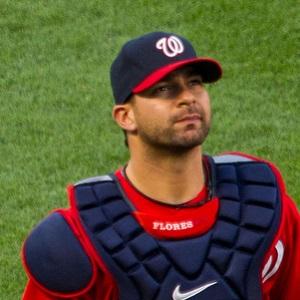 Originally a highly regarded catching prospect, he broke into MLB with the Washington Nationals in 2007, signing a minor league deal with the Los Angeles Dodgers in 2013.

He signed a minor league contract with the Kansas City Royals in 2014.

He was born in Sucre, Venezuela.

Tall reliever Jon Rauch was his teammate on the Nationals.

Jesús Flores Is A Member Of