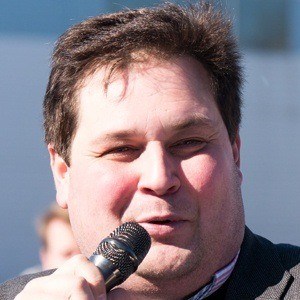 Became known as the CEO and owner of Aninkaisten Real Estate Brokerage. He starred in his own reality series called Commercial Counsellor Jethro, which focuses on his life as a real estate agent.

He started as a pharmaceutical sales representative. He first became involved with Aninkaisten as a real estate broker in 1998.

He was on the fifth season of Dancing with the Stars Finland.

He was born and raised in Turku. As a boy scout, he was a natural born salesman and sold his mother's Oriflame products as a kid. He has three children with his wife Henna.

He appeared in the MTV3 series The Apprentice, which stars Donald and Ivanka Trump, in 2009.

Jethro Rostedt Is A Member Of