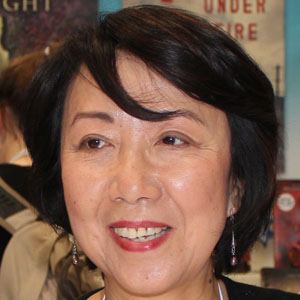 A contemporary Chinese author, she is best known for her 1998 memoir, Red Scarf Girl. She is also known for The Magical Monkey King, a work based on a Chinese folk tale.

She studied at Shanghai Teacher's College and Shanghai University before graduating from the University of Hawaii in the 1980s.

She grew up in a Shanghai, China apartment with her father, mother, grandmother, brother, and sister.

She and her family fell victim to the Cultural Revolution of Chairman Mao Tse Tung. Her father was forced by the Chinese government to do hard labor as punishment for his alleged anti-Communist sympathies, and she was ridiculed by classmates and prevented from taking part in Communist Youth activities.

Ji-li Jiang Is A Member Of