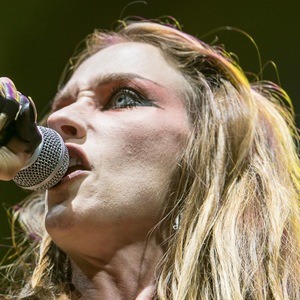 Heavy metal singer who has been the front woman of bands including Huntress, The Starbreakers and Chelsea Girls.

She practiced paganism in her childhood. She sang opera before becoming interested in thrash metal in her teen years. She attended the American Musical and Dramatic Academy.

She began her music career working as a topless DJ under the name Penelope Tuesdae. She also worked in cabaret.

She took her own life near Portland, Oregon. She suffered from dissociative identity disorder and schizophrenia.

She filled in for Johan Hegg, lead singer of Amon Amarth, during a 2015 co-tour.

Jill Janus Is A Member Of