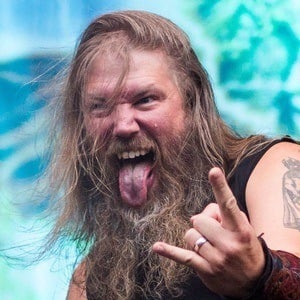 At the age of nineteen, he became a founding member of Amon Amarth.

Between 1998 and 2014, he released over seven studio albums with Amon Amarth.

He was bandmates with drummer Martin Lopez in Amon Amarth.

Johan Hegg Is A Member Of